The propaganda around American alphabet-soup organisations is everywhere. Some of the most popular TV shows in history are about how, ultimately, they are defenders of what is right and good in this world. Even if our specific hero sometimes has to fight the tedious, and occasionally evil, bureaucracies of (especially) Washington. Of the shows about these, mostly, three-letter agencies, one stands out in my mind. The X-Files. It was always at the very least more nuanced. There were good individuals (such as Mulder, Scully, and Skinner), but mostly the FBI was either portrayed as inept, actively trying to hide the truth, in the hands of dark forces, or even part of the dark forces. Yes, you can find exceptions, but looking back it is quite striking how negative towards the FBI this FBI show was.

No wonder it was always my favourite. 😏

Lately, it has become abundantly clear that if the FBI as an organisation ever was good, that’s now well in the past. It is now a highly politicised tool, mostly used by the government in general against citizens, and more often than not by the left against the right. I hope there are real Mulder’s and Sculley’s working away in the organisation, but I’m finding it ever harder to believe.

And for old time’s sake, why not enjoy some funny scenes from one of the best shows of the 90s:

Remember to laugh, remember that the truth is out there, and keep looking at the sky.

As always, keep tending your fire. 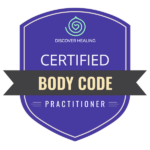 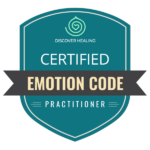