A finished a new book called Sacred Cow a little while ago, and I really recommend it to just about anyone. Diana Rodgers and Robb Wolf have written a great overview of why meat, particularly beef, is important for human health as well as the environment. They touch upon most of the vegan/vegetarian pushback, including ethical considerations, and go back to the science to clear things up.

The book is well researched and easy to read1I, for instance, have no hesitation recommending people with English as a second language to read it.. And since I care about nerdy stuff like that, the book is overall quite well made and well laid out2Possibly I found the paper to be a little thin and cheap feeling, but this sadly not unusual these days.. Much of the research I had come across before, but never this neatly and accessibly packaged.

One of my particular favourite bit in the book was the references to a paper called How the Mid-Victorians Worked, Ate and Died. This paper looks at how the mid-Victorians likely had one of the best diets in recent history, and how the introduction of dry-goods and sugar basically ruined it all. In the span of something like a generation, the average height shrank almost a foot! It also touched on the very interesting statistics around longevity and how we’ve essentially been fooled in to believing we live longer and healthier lives today. We don’t.

Analysis of the mid-Victorian period in the U.K. reveals that life expectancy at age 5 was as good or better than exists today, and the incidence of degenerative disease was 10% of ours. Their levels of physical activity and hence calorific intakes were approximately twice ours. They had relatively little access to alcohol and tobacco; and due to their correspondingly high intake of fruits, whole grains, oily fish and vegetables, they consumed levels of micro- and phytonutrients at approximately ten times the levels considered normal today. This paper relates the nutritional status of the mid-Victorians to their freedom from degenerative disease; and extrapolates recommendations for the cost-effective improvement of public health today.

Abstract of How the Mid-Victorians Worked, Ate and Died

The statistics are an average where infant mortality and childbirth mortality isn’t really accounted for. But generally people lived as long if they survived to adulthood. Yes, life was tougher and there were more wars. But most people lived good lives, until they died. Not like today, where many are doomed to live half lives for years on end, with plenty of chronic issues, slowly vanishing.

Anyway, I found that paper to very interesting in its own right!

In conclusion, I readily recommend you read Sacred Cow (you can find it through most booksellers) if you have any interest in health, the environment or how to save the planet for real. As a kicker this book companions a documentary film3Narrated by Nick Offerman, and having multiple great interviewees., which hopefully will premier sometime this autumn. Check out SacredCow.info for more. 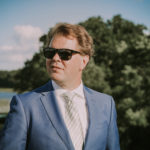 This is my journey to health and a better life – one post at a time.

I’ve been keto since 2011 (falling of once or twice), meditated daily since 2014 and I’ve been essentially carnivore for a while now. My hope is to help others along a similar, but unique, path.

I’ve cured my depression, I’ve started to get back to life, and I can now handle my back injury. There’s hope for all of us!